Islamists at the Gate, But It’s Okay 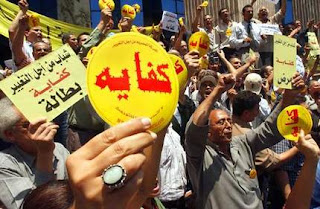 The recent spate of piracy along the coast of Somalia around the Gulf of Aden has refocused international attention on Somalia and for good reason. Somalia is the latest example of how the West’s “Anything but Islamists” mantra has hurt Western interests and the wider Middle East region as well. The piracy off the coast of Somalia is but a symptom of the lawlessness that engulfs the shores of the nation. As pointed out in a recent piece in the New York Times, piracy was virtually eradicated by the governing party, the Islamic Courts Union, which governed most of Somalia and began consolidating its power in 2006 into the entire country.

The Islamic Courts Union is crude and conservative but most Somalis welcomed a government after the lawlessness that has persisted in Somalia with the absence of a formal government since 1991. The United States under the guise of fighting terrorism supported an Ethiopian-backed counterinsurgency that has unseated the government and left Somalia divided once more between warlords. The fear of Islamists has once more driven the West, mainly the United States, to implement policies that run counter to its national interests, which in this case would be the stability of one of the most important maritime corridors in the world, transporting most of the oil destined to Europe and North America from the Middle East.

Similarly, in Algeria, the Front Islamique du Salut won the Algerian elections in 1991 but France supported its secular rival, the Front de Liberation Nationale, to prevent the FIS from assuming power. The French intervention started a ten year civil war that still scars the Mediterranean nation. The civil war also created a vacuum that allowed the birth of Al Qaeda in the Maghreb (Al-Qaeda in North Africa), akin to the birth of Al Qaeda in Mesopotamia in Iraq after the invasion of Iraq in 2003. 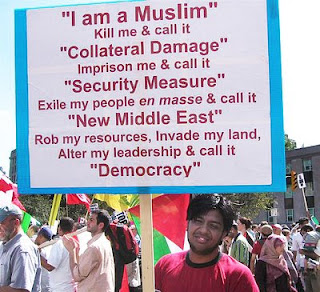 But Somalia and Algeria are by no means isolated incidents. Fear of Islamists has all but paralyzed Bush’s democratic agenda in the Middle East, after the victory of Hamas and the better than expected showing of the Muslim Brotherhood in Egypt. These moderate Islamists parties tend to have wide popular support because of their organization and lack of corruption. In a region that boasts “Till death do us part” presidents, Islamist parties are the only alternative in town. Their ability to organize in mosques and provide charities for schools and hospitals makes them capable of organizing under the cover of nonpolitical organizations whereas secular political parties are quickly snuffed out. Furthermore, Middle Eastern dictators have smelled the Western aversion to Islamists so they tout their Islamists as the only alternative to their lamentable but necessary rule.

So far Western opposition to Islamists has been based on three main points. First, Islamists are only using democracy to get to power. The famous line during the Algerian elections was that, “Islamists are in favor of one man, one vote, one time”. Well, that may be a risk worth taking. When Hosni Mubarak and Qadafi have been in power since 1981 and 1979, and Bashar al-Assad of Syria took over in 2001 from his father (and these are the republics), then we can risk an Islamist party that may not give up power. Second is that Islamists are anti-Israel. Again, the way that relations between the Arab world and Israel are, not much would change with Islamists coming to power in Arab countries, possibly with the exception of Egypt and Jordan who have peace treaties with Israel. Even that is not a given, the Justice and Development Party is in power in Turkey and has not cut off Turkey’s military and economic ties with Israel. Finally, Islamists do not respect human rights and will impose sharia’ law. The latter is perhaps the worst reason because the secular governments with their contempt for democracy and civil society have curtailed every human right in the Middle East, from freedom of speech to women’s rights, from minority rights to religious freedom. 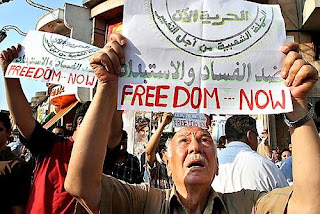 In Gaza, Hamas did  not rush

to enforce sharia law and neither did the Justice and Development Party in Turkey, nor is sharia law a part of Hizbullah platform for Lebanon. Islamist parties have shown themselves to be pragmatic and real alternatives to the sclerotic, calcified secular parties of the 1970s. Any road to democracy in the Middle East will have to include Islamist parties because of their popularity and their organization, their relatively blank slates and also due to the fact that secular parties are most ruthlessly crushed by the sitting Arab governments. Islamists coming to power through the ballot box will reinvigorate the civil societies of the region and allow competition for government. The democratic process itself will act as a moderating force and as we have seen with the Republican Party, political parties need to be sent to the wilderness after a long sojourn in power.

To what extent have Egypt’s parliamentary…

Thousands of Palestinians celebrate the Egyptian…

Tariq Ramadan Has an Identity Issue

NDP MP: rigging is a national…

Lessons that should be learned