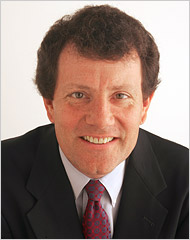 Room for Debate: Can Speech Be Limited for Public Workers?(September 19, 2010)

That’s reasonable advice, and as a moderate myself, I’m going to take it. (Throat clearing.) I hereby apologize to Muslims for the wave of bigotry and simple nuttiness that has lately been directed at you. The venom on the airwaves, equating Muslims with terrorists, should embarrass us more than you. Muslims are one of the last minorities in the United States that it is still possible to demean openly, and I apologize for the slurs.

I’m inspired by another journalistic apology. The Portland Press Herald in Maine published an innocuous front-page article and photo a week ago about 3,000 local Muslims praying together to mark the end of Ramadan. Readers were upset, because publication coincided with the ninth anniversary of 9/11, and they deluged the paper with protests.

So the newspaper published a groveling front-page apologyfor being too respectful of Muslims. “We sincerely apologize,” wrote the editor and publisher, Richard Connor, and he added: “we erred by at least not offering balance to the story and its prominent position on the front page.” Asa blog by James Poniewozik of Time paraphrased it: “Sorry for Portraying Muslims as Human.”

I called Mr. Connor, and he seems like a nice guy. Surely his front page isn’t reserved for stories about Bad Muslims, with articles about Good Muslims going inside. Must coverage of law-abiding Muslims be “balanced” by a discussion of Muslim terrorists?

Ah, balance — who can be against that? But should reporting of Pope Benedict’s trip to Britain be “balanced” by a discussion of Catholic terrorists in Ireland? And what about journalism itself?

I interrupt this discussion of peaceful journalism in Maine to provide some “balance.” Journalists can also be terrorists, murderers and rapists. For example, radio journalists in Rwanda promoted genocide.

I apologize to Muslims for another reason. This isn’t about them, but about us. I want to defend Muslims from intolerance, but I also want to defend America against extremists engineering a spasm of religious hatred.

Granted, the reason for the nastiness isn’t hard to understand. Extremist Muslims have led to fear and repugnance toward Islam as a whole. Threats by Muslim crazies just in the last few days forced a Seattle cartoonist, Molly Norris, to go into hiding after she drew a cartoon about Muhammad that went viral.

And then there’s 9/11. When I recently compared today’s prejudice toward Muslims to the historical bigotry toward Catholics, Mormons, Jews and Asian-Americans, many readers protested that it was a false parallel. As one, Carla, put it on my blog: “Catholics and Jews did not come here and kill thousands of people.”

That’s true, but Japanese did attack Pearl Harbor and in the end killed far more Americans than Al Qaeda ever did. Consumed by our fears, we lumped together anyone of Japanese ancestry and rounded them up in internment camps. The threat was real, but so were the hysteria and the overreaction.

Many Americans honestly believe that Muslims are prone to violence, but humans are too complicated and diverse to lump into groups that we form invidious conclusions about. We’ve mostly learned that about blacks, Jews and other groups that suffered historic discrimination, but it’s still O.K. to make sweeping statements about “Muslims” as an undifferentiated mass.

In my travels, I’ve seen some of the worst of Islam: theocratic mullahs oppressing people in Iran; girls kept out of school in Afghanistan in the name of religion; girls subjected to genital mutilation in Africa in the name of Islam; warlords in Yemen and Sudan who wield AK-47s and claim to be doing God’s bidding.

But I’ve also seen the exact opposite: Muslim aid workers in Afghanistan who risk their lives to educate girls; a Pakistani imam who shelters rape victims; Muslim leaders who campaign against female genital mutilation and note that it is not really an Islamic practice; Pakistani Muslims who stand up for oppressed Christians and Hindus; and above all, the innumerable Muslim aid workers in Congo, Darfur, Bangladesh and so many other parts of the world who are inspired by the Koran to risk their lives to help others. Those Muslims have helped keep me alive, and they set a standard of compassion, peacefulness and altruism that we should all emulate.

I’m sickened when I hear such gentle souls lumped in with Qaeda terrorists, and when I hear the faith they hold sacred excoriated and mocked. To them and to others smeared, I apologize.

Right under the Dome

Haneyya: We will not allow the…

Hamas: No legitimacy for occupation on…

The Muslim Brotherhood condemns any violence…

Paving the Road to Hell

It’s not so simple

Shater: The role of the MB…