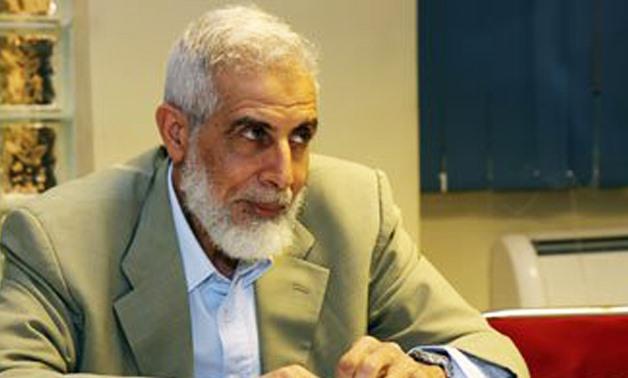 On Friday, August 28, the military coup Interior Ministry confirmed the arrest of Dr. Mahmoud Ezzat Ibrahim, 76, the Acting Chairman of Muslim Brotherhood, and a medicine professor at the Zagazig University, after seven years of searching for his whereabouts, during which the security forces claimed his presence in various places inside and outside Egypt. Then, as usual, the statement of the coup Interior Ministry came to announce that the arrest took place from his place of residence at al Tagamoa Al Khames, east of Cairo, which confirms the falsehood of the unfounded accusations that he was overseeing terrorist operations.

Dr. Ezzat was previously arrested during his youth by president Gamal Abdel Nasser and then during the era of Mubarak, where he was subjected to unjust military trials and was sentenced to periods of nearly twenty years.
The Muslim Brotherhood holds the coup authorities in Egypt fully responsible for Dr. Mahmoud Ezzat life and safety, as he suffers from some chronic diseases, and his health became worse a week before his arrest, in addition to his old age.
The Muslim Brotherhood also holds coup regime fully responsible for the safety of all kidnapped prisoners, and
calls on human rights, legal and humanitarian organizations to take immediate action to stop the ongoing aggression on human rights inside Egypt prisons.
The Muslim Brotherhood also affirms that it continues to function regularly, and it will persist in its principles, calling others to the right path with wisdom and peaceful exhortation in the service of its homeland and religion, without stopping, hesitation or fear. The Muslim Brotherhood will not deviate or stray from its clear path, regardless of the sacrifices and consequences, and it will also remain steadfast in opposing oppression and oppressors, and fighting for the rights of the Egyptian people.
We all know the historical role of Dr. Mahmoud Ezzat, whether through his public writings, or his internal directives to confront some of the opinions calling for a response to the security forces aggression and killing, in cold blood, hundreds of Egyptian youths. At the same time he remained, with his directives, a guardian of the group’s principles and peacefulness in facing oppression and oppressors.
The Muslim Brotherhood renews its covenant before Allah Almighty to continue working, defending religion and homelands, and serving peoples as they have been throughout the generations.
“And why should we not rely upon Allah while He has guided us to our [good] ways. And we will surely be patient against whatever harm you should cause us. And upon Allah let those who would rely [indeed] rely.”(Ibrahim,12)
Muslim Brotherhood
Friday, 9 Muharram 1442
August 18,  2020

Statement from the General Shura (Consultative)…

A space for unveiling the minds…

Organizers of Demonstration Outside Presidential Palace…

Farwana: Jewish settlements being used to…

Mubarak Reneging on Promises of Democratic…

Antony Loewenstein on blogging in rerpressive…