Statement from the General Shura (Consultative) Council of “the Muslim Brotherhood” 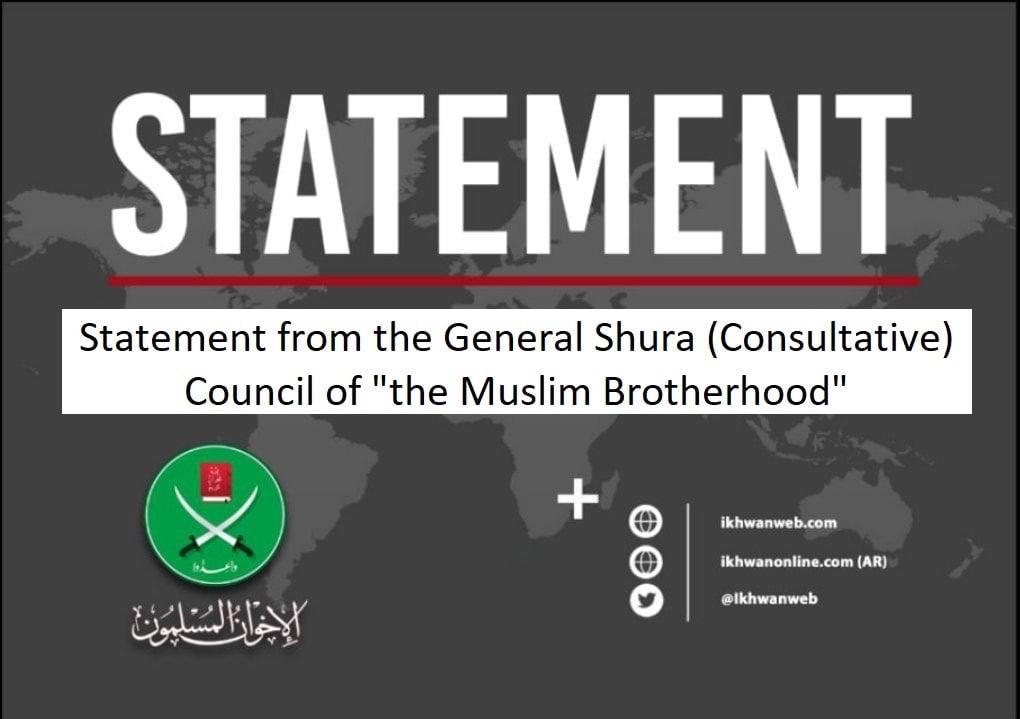 Statement from the General Shura (Consultative) Council of “the Muslim Brotherhood”

((And those who have responded to their lord and established prayer and whose affair is [determined by] consultation among themselves, and from what We have provided them, they spend.)) 38 Ash-Shura.

The General Shura Council held a session from 8th to 10th June 2022, and discussed a number of Brotherhood files, including individual practices and non-institutional measures taken by some honorable brothers in an attempt to impose a new reality and create parallel entities to legitimate entities in the Brotherhood. The Brotherhood is keen on its unity. In response to the given initiatives that have been presented, the delay in announcing the Brotherhood’s decisions was to give a chance for our brothers to reconsider their attempts to divide the Brotherhood and demolish its institutions. Direct and indirect efforts have been made to try to dissuade them from continuing their attempts and advise them. Unfortunately, these initiatives and efforts, like before, wasn’t heard by our honorable brothers.

In line with the decision of the Acting Committee on 26th March 2022, which stipulated that

“any entity in the name of the Egyptian Brotherhood that does not abide by the decisions of the General Shura Council is an entity that declared its non-membership of the Brotherhood. Whoever participates in the formation and management of such entity has exempted himself from the Muslim Brotherhood.”

The General Shura Council therefore affirms and declares the following:

1. The mandate of the Acting Committee on the General Guide’s behalf is extended until the end of June 2023 or until the Council take another decision regarding it, whichever is closer.

2. Failure to recognize or approve any entity or formation that does not abide by the decisions of the General Shura Council as the supreme institution of the Brotherhood.

3. To charge the Bureau of the Brotherhood’s Association with taking the necessary measures to regulate the institutional work of the branches abroad in accordance with the decision of the Acting Committee of 26th March 2022 referred to above

The Acting Committee, through the executive authorities at home and abroad, will review all those who belong to these parallel and illegitimate entities. The General Shura Council affirms that the Brotherhood is keen on unity and welcomes the return of those who decide to change their position and declare their commitment to the decisions of the legitimate institutions of the Brotherhood.

We call upon all members of the group to maintain their unity and to abide by the directives of their legitimate leadership and to uphold the values of Islam and the principles and morals of the group.

Muslim Brotherhood’s Statement on Rigging of…

Egypt’s Muslim Brotherhood refuses to get…

Detainees in Daqahleya have reached 53…

Erian: Our Hands Are Extended to…

Muslim Brotherhood’s Deputy Chairman: Why the…

Gamal Abdel-Salam: The Saint of Humanitarian…